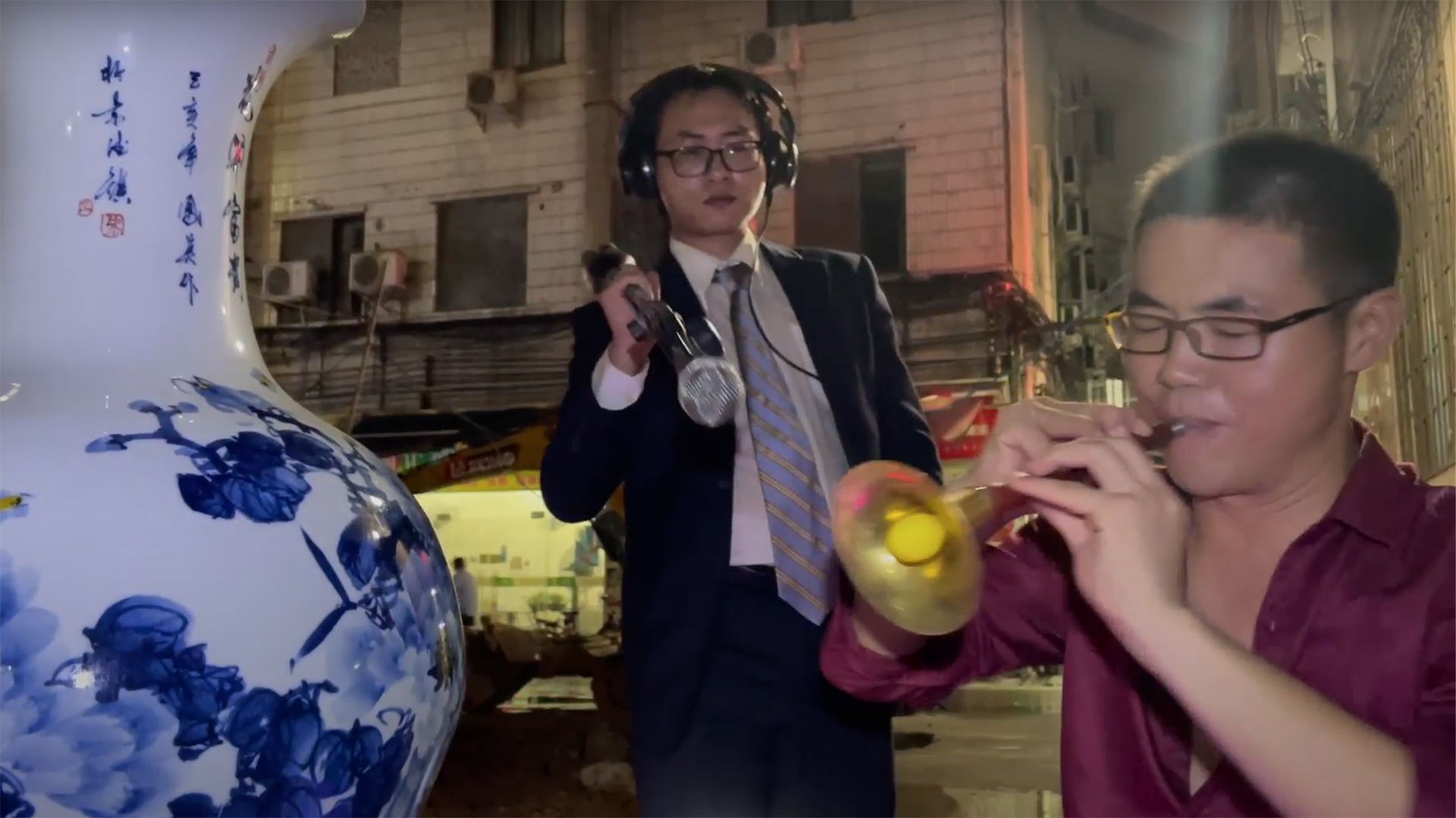 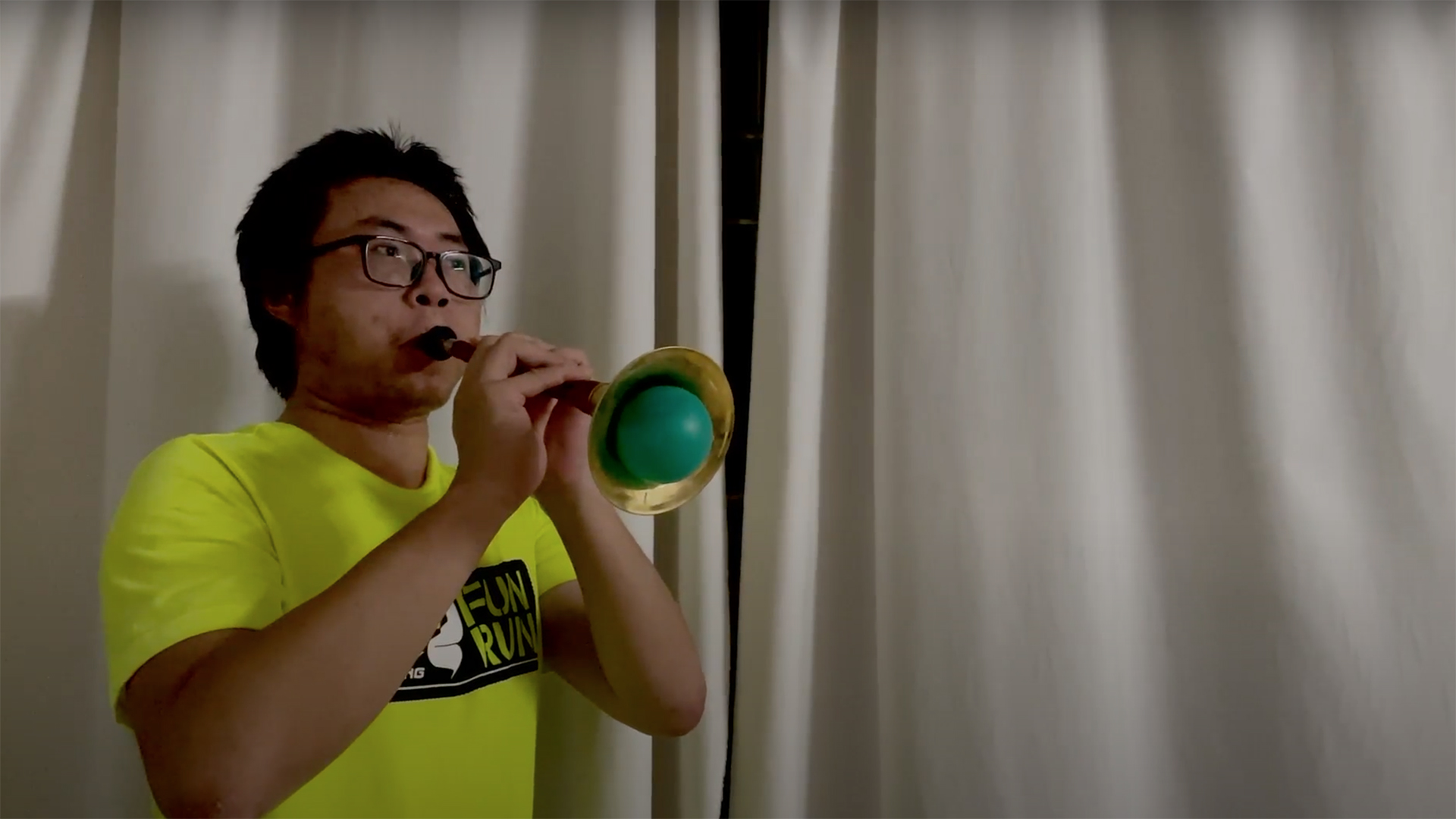 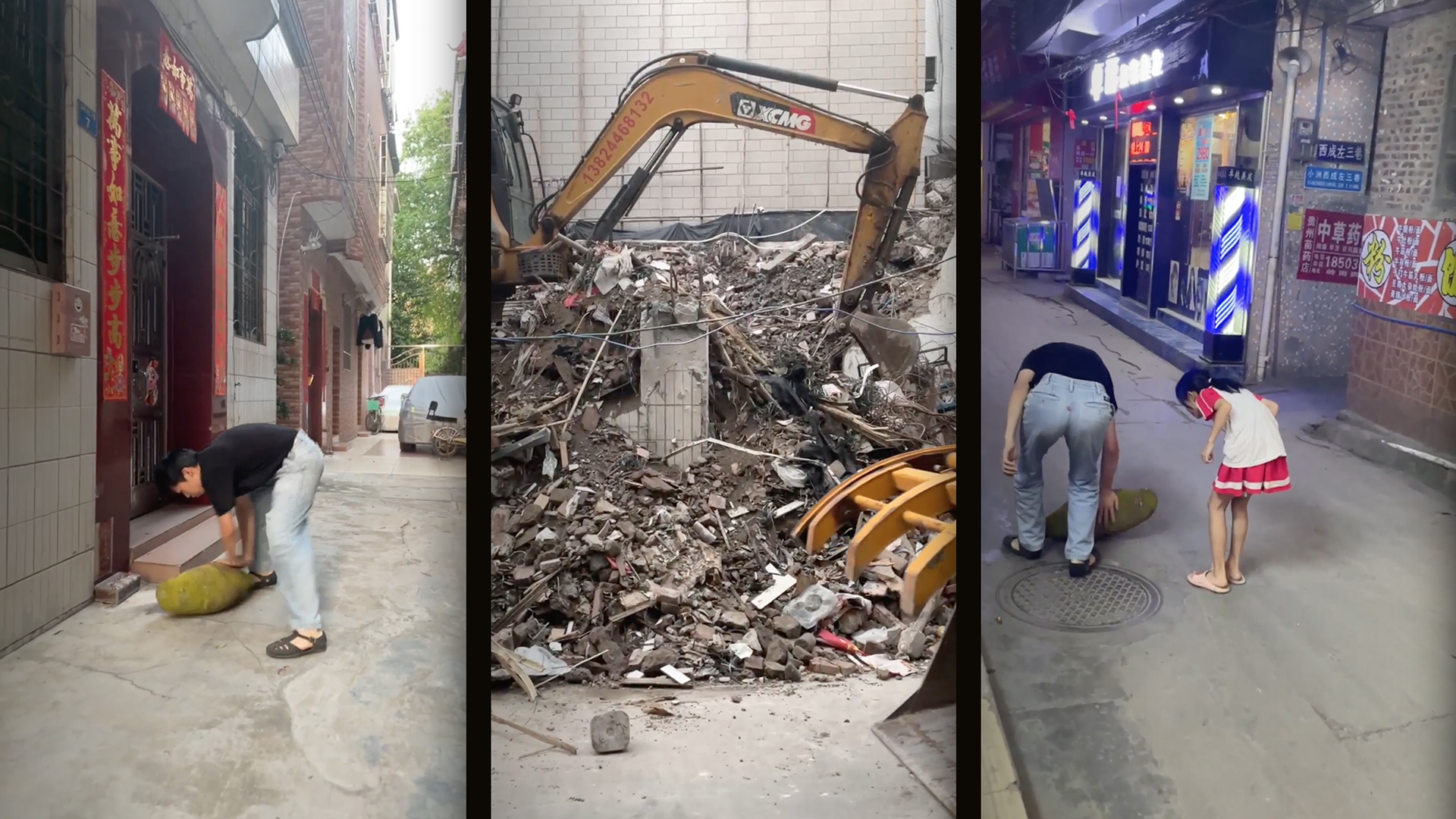 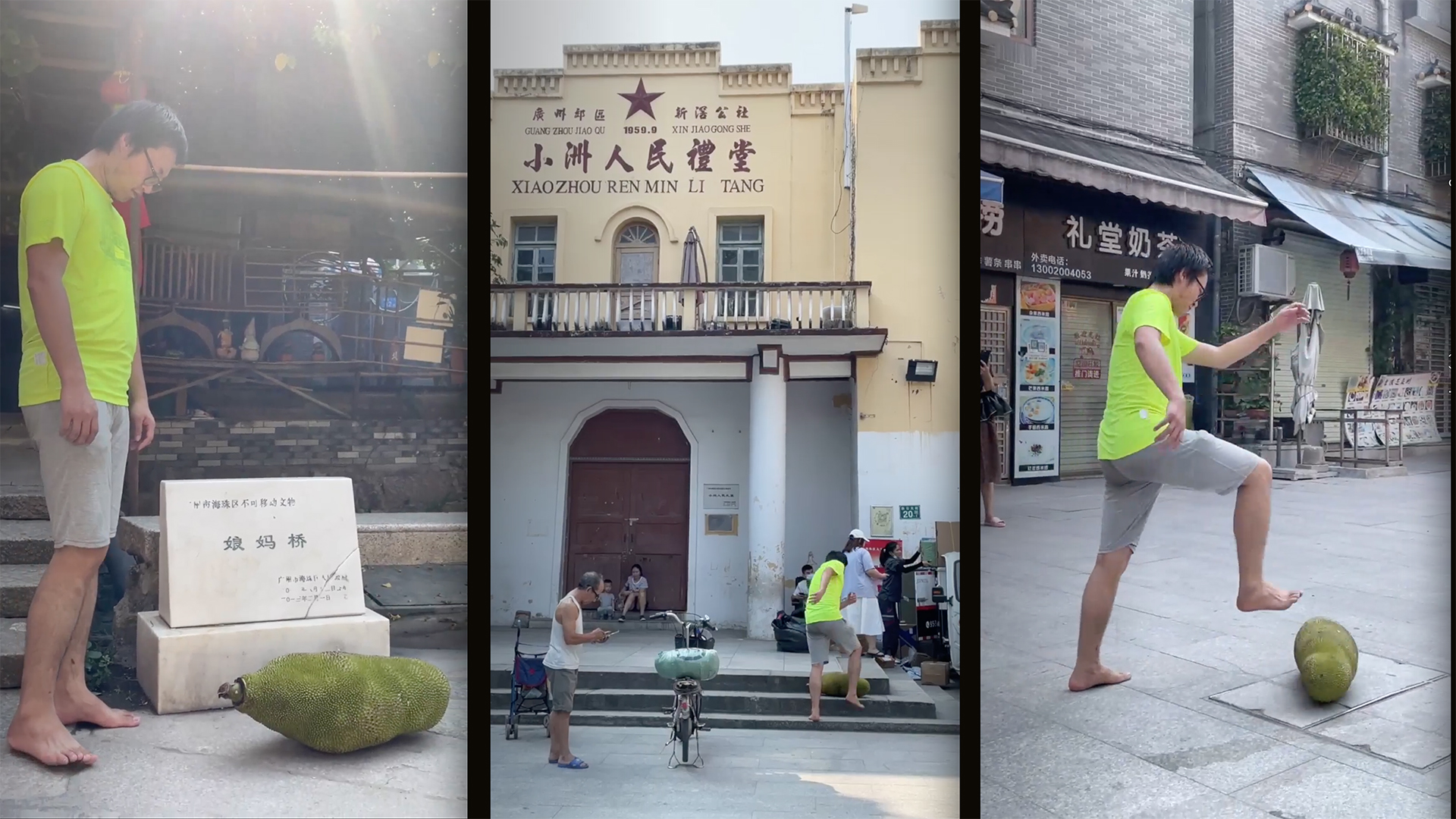 VASE | 花瓶 is a series of participatory performance led by the artistic duo, Hijack during their artistic residency in Xinzao Town, a village at the southeastern end of Guangzhou in Guangdong Province, China.

These works are based on the artists’ daily observations and experiences living in Xiaozhou during a brief period in 2021. They had invited the local community to participate in a series of performances to re-construct traditional imageries of masculinity to explore the unseen and unspeakable existence of women in the village, as seen through a Chinese millennial and feminist gaze.

‘All the performers invited for the works on display are male – females are hidden in silence, or be seen as an object for entertainment and observation like a vase.’ – Hijack 打劫

The project is an outcome of an international cultural exchange between CT20 (UK) x Making Space and Prickly Papers (China) funded by the British Council. This enabled Hijack to take up an artist residency resulting in a final exhibition at ‘Making Space’ in 2021, and at CT20 in 2022.

Hijack is an independent artist collective initiated by Jing Xie and Qiong Zhang in 2016 and intensively collaborated from 2018. Hijack is the action about to happen and might end at any time. It is the moment emergent and inevitable. Their practice focuses on consumerism, power, technology through performance, intervention, moving image, devising theater and text. Their works tend to present the sense of humor with daily life experiences and poetic satirical moments to construct different situations and worlds, reflecting on how political constructions and social orders impact the relationship between individuals and others, and how individual behaviors are shaped by those. Their recent projects have present concerns and reflections on various crises that human beings facing together. By placing individuals in different social networks and environments, they push concealed and ignored problems to emerge.

Lake Lazarillo 2021 (LL21) is a radical series of live-art commissions for the public realm and public-led talks connecting ground-breaking international artists with local communities, commissioning a diverse range of works from public conversations, artistic letters, and artistic residencies. A confluence of ideas, a meeting point of opposites, LL21 is 5-part series that explores ideas surrounding proximity and distance. ⁠

The first two episodes of LL21 are public participatory forums created and led by Folkestone’s local residents, Maddy Howell & Sarah Hagues, inviting the public to enter into dialogues about the wider impact and meanings of culture, and how it shapes our sense of place and identity in times of uncertainty.⁠

The second part to LL21 uses live-art to create shared experiences that connect people, cultures and rituals from different corners of the world. Using gentle, fleeting and minimalist gestures, they aim to create memories and meanings that are both intimate and profound.⁠