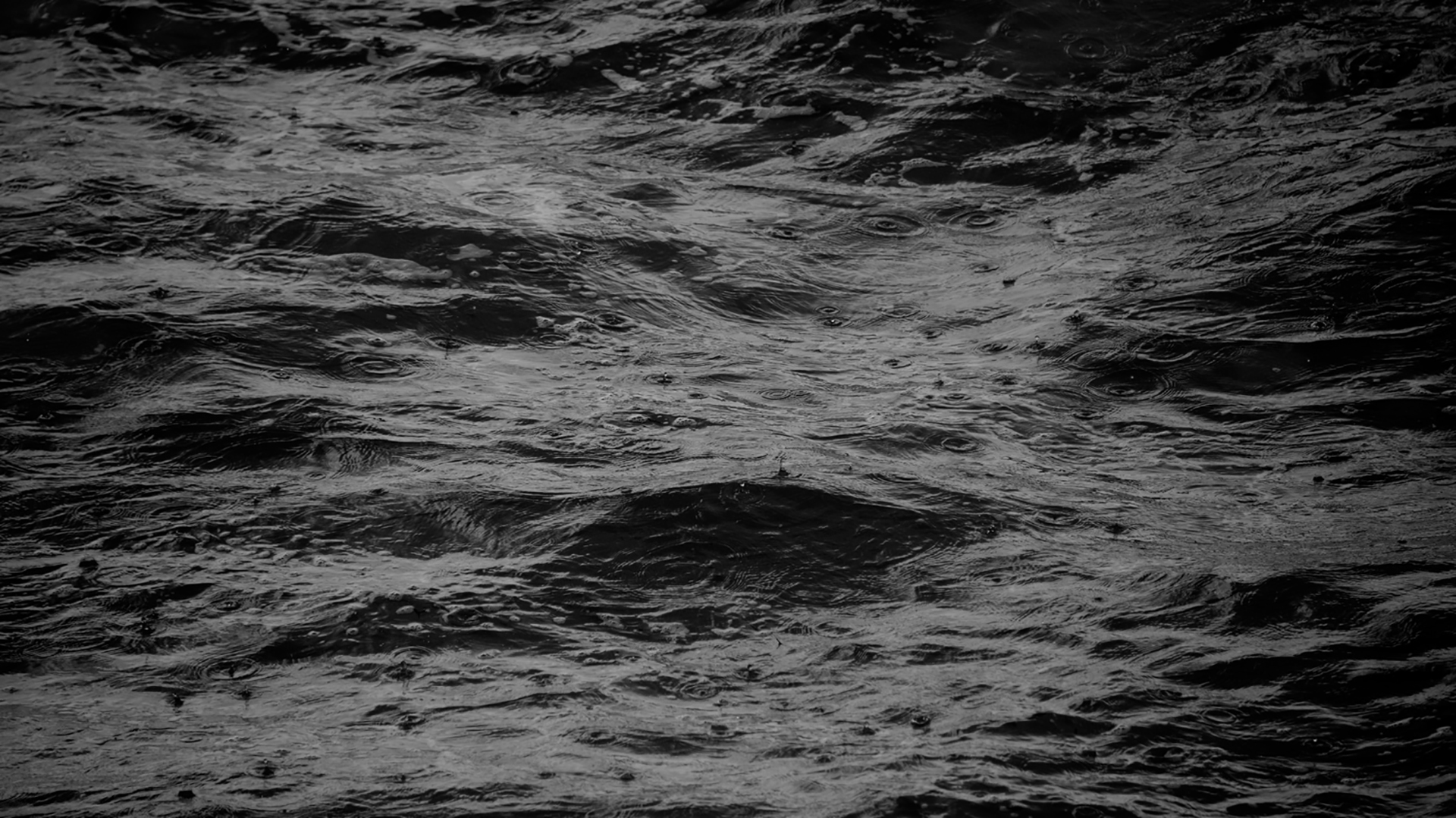 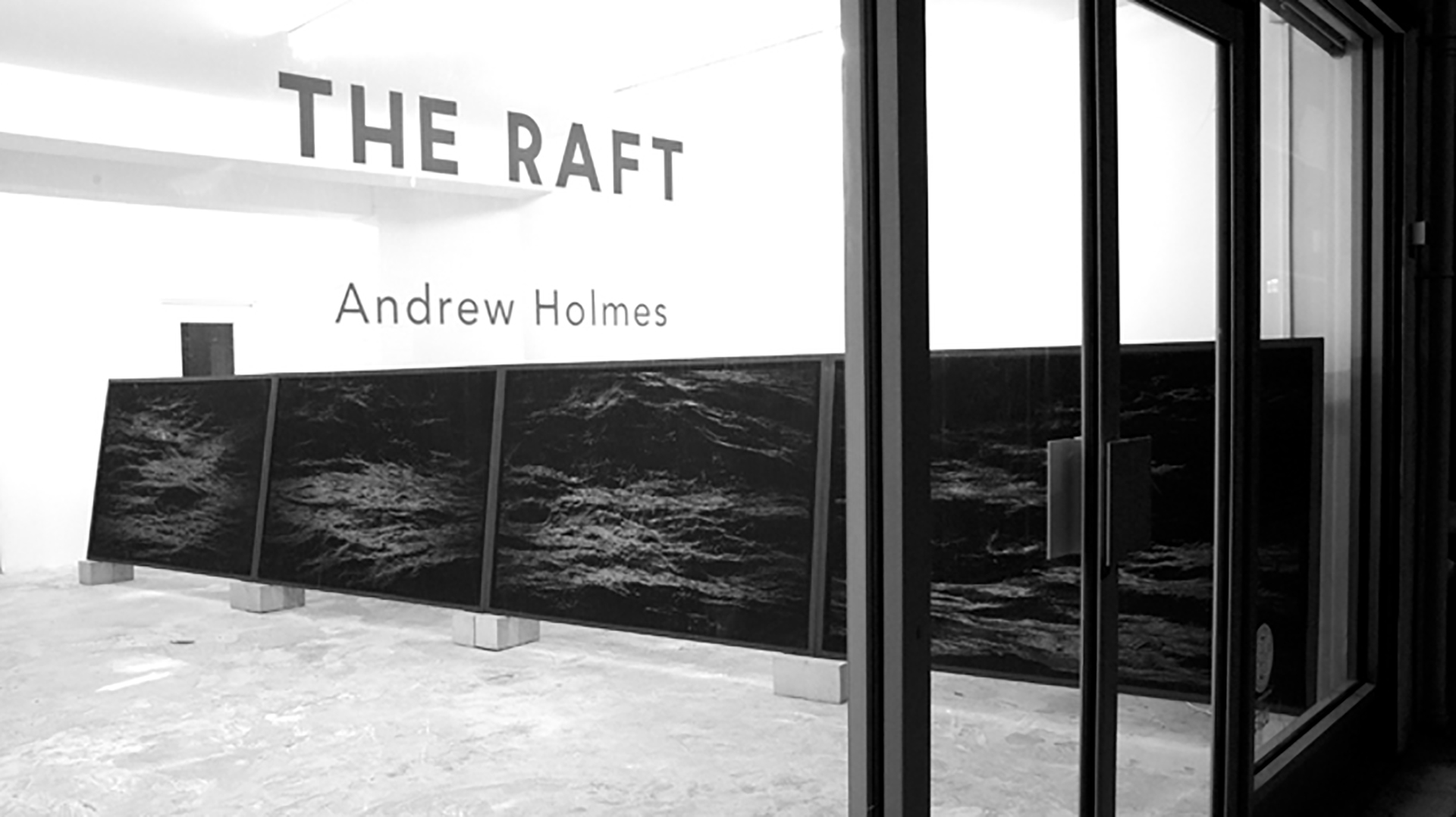 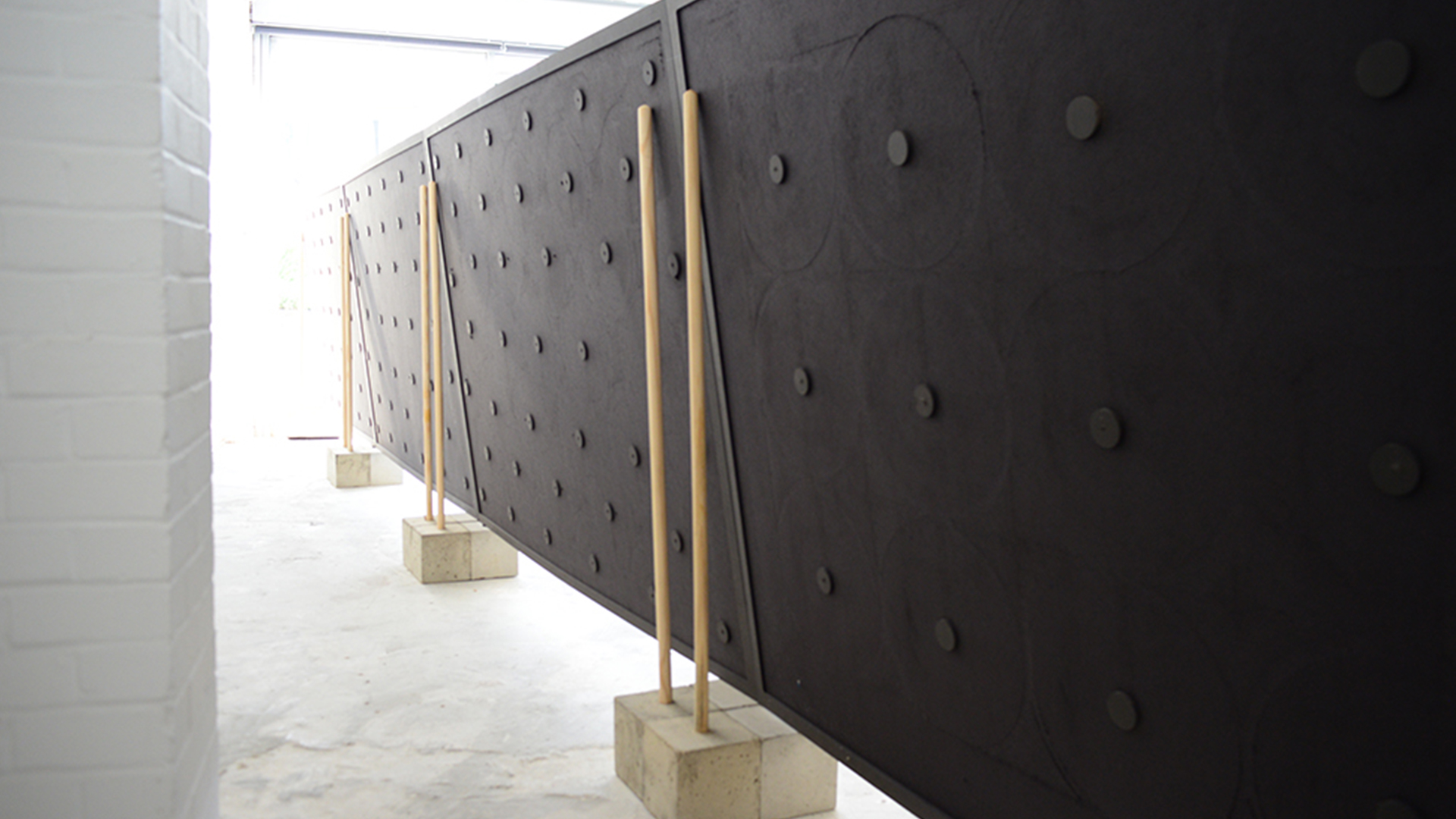 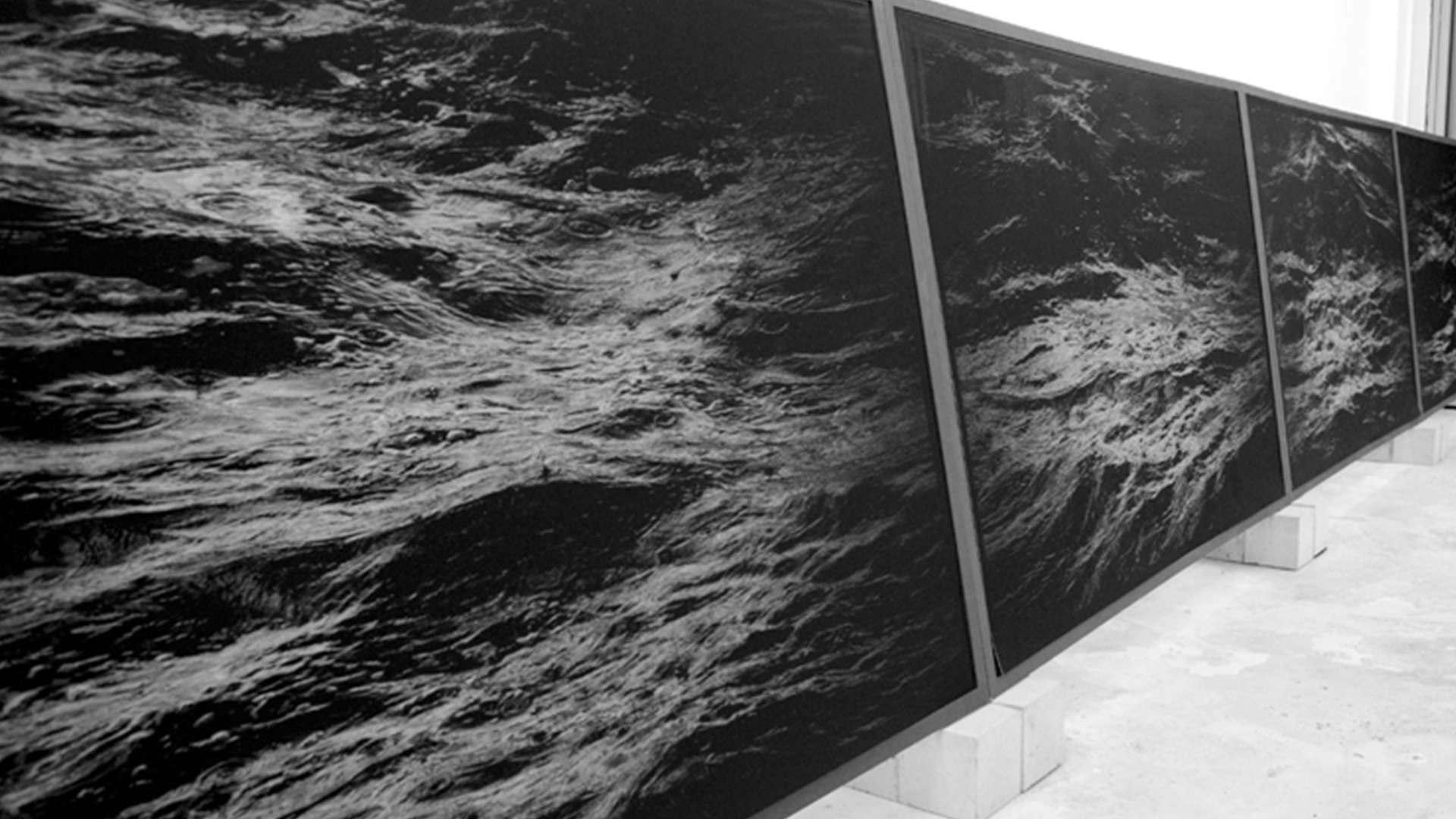 The Raft + The Weather Forecast

‘The Weather Forecast’ by Jackson Holmes

#surfacetensions #installation #soundinstallation #photographicinstallation
In 1914 Folkestone saw the arrival of 16,000 Belgian refugees on a single day; in all 250,000 came to Britain during WWI. It was the largest influx of refugees in British history.

‘The Raft’ is an installation of four large format unframed black and white photographic prints of the sea 1200 x 1800 mm (4’ x 6’), arranged joined together to create a continuous line of 7200 mm (24’) in length. Raised 150mm off the floor, the top of the prints are below the viewer’s eye line – an invitation for the viewer to experience the work as if from a small boat or raft.

The images have been selected from thousands of photographs of the sea taken by Andrew Holmes. Holme’s vision of water does not offer the relief to the eye of the sky, of wind, or indeed of light. It is night and raining; it is dark, and forbidding. In the four images of the sea here, the waves are fathomless; despite the fear they seem to invite the viewer in to drown.

The English bond to the sea is one of selfless discipline. Turner in his paintings of the heroic ‘The Battle of Trafalgar’ or the ‘Wild Fishermen at Sea’ haunts the English attitude to the sea. This contrasts with the continental relationship personified by Gericault in ‘The Raft of the Medusa’, that is one of betrayal and abandonment. In both cases the focus is on the human beings at the mercy of the deep.

Andrew Holmes’s approach has more in common with Turner’s ‘Shipwreck’ or Winslow Homer’s ‘The Gulf Stream’: an attitude dominated by fear. This is not the romantic view of nature as religion. Holme’s experience as a child of spending five hours in an open 20 foot fishing boat in a force 10 gale, a storm with winds of up to 60 miles an hour, off the coast of Wales, and later being shipwrecked in The Minch off Scotland in a similar boat, bears strongly on his view of the sea.

Presented in tandem with the opening of ‘The Raft’, ‘The Weather Forecast’ is a new lengthy improvised soundscape combining the familiar, comforting, homey, armchair bound sounds of the radio 4 announcer with the frightening, sampled, natural sounds of waves from opposite sides of the planet; storms from Sweden, hurricanes from Mexico, gales from New Zealand overlaid with a kind of music derived from the urgent Morse code signals to indicate distress for those in peril on the sea.

Born in 1947 in Bromsgrove, Worcestershire, Andrew Holmes moved to London in 1966, and attended the Architectural Association.

He is best known for a series of 100 realistic pencil drawings exploring the apparently anonymous mobile infrastructure of cities. In addition however his work encompasses printmaking, photography, film, and design. The work offers not the unique quality of handicraft, but the elements of three traditions: that art is evidence, and of an ability to select significant objects, things from experience; that art is the residue of engaging the existing systems with particular mechanical techniques and processes; and that art provides the possibility of fabricating new versions of reality.

These procedures he organises as Messages, Arrangements, and Nonuments under the principles of Informalism. The work in all its forms has been exhibited and published widely for forty years. Andrew Holmes is Professor of Architecture at Oxford Brookes University, was formerly Guest Professor at the Technische Universitaat, Berlin, and a Visiting Scholar at the Getty Research Institute. He lives and works in London.

Trained as a filmmaker, Jackson Holmes is a London based sound artist who works in many guises, as music producer, composer and musician.

Walking between architecture, art, music and performance, CT20 presents a cross-generational and multidisciplinary group of artists in a dynamic series of site-specific installations to mark the launch of an ambitious new platform in Folkestone.

‘Against Flatness’ – In conversation with artist Andrew Holmes

On his unique observations of ‘Americanness’, his long-term fascinations with the highways of the American West and the counter-cultures emerging from it…

Images from ‘The Raft’ are available to purchase as a limited edition of high quality photographic prints produced for the installation by Andrew Holmes, as part of Surface Tensions 2017.

There are four photographs in the series, available as individual prints, or as a complete set.

Numbered, dated and signed by the artist in reverse.