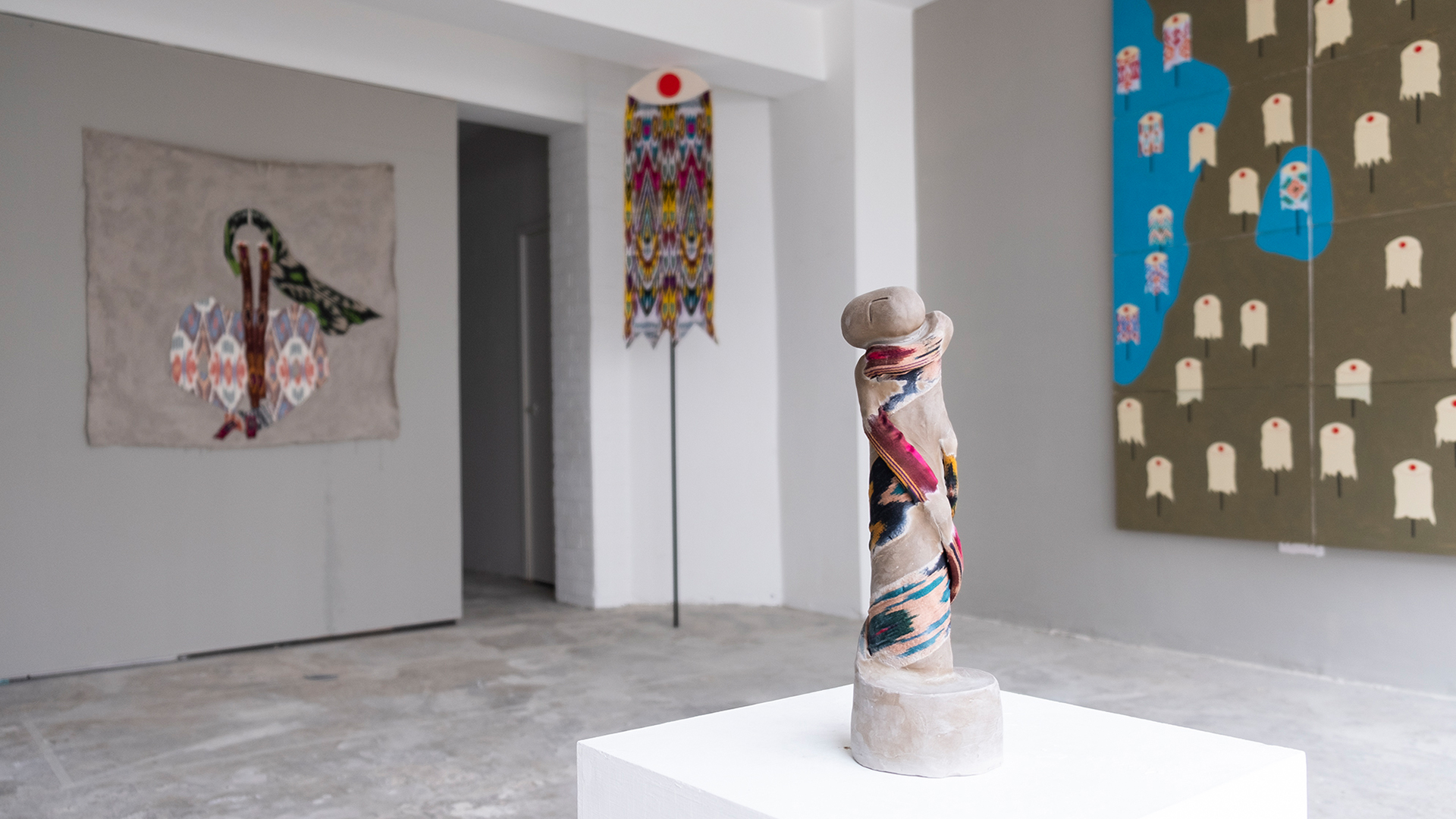 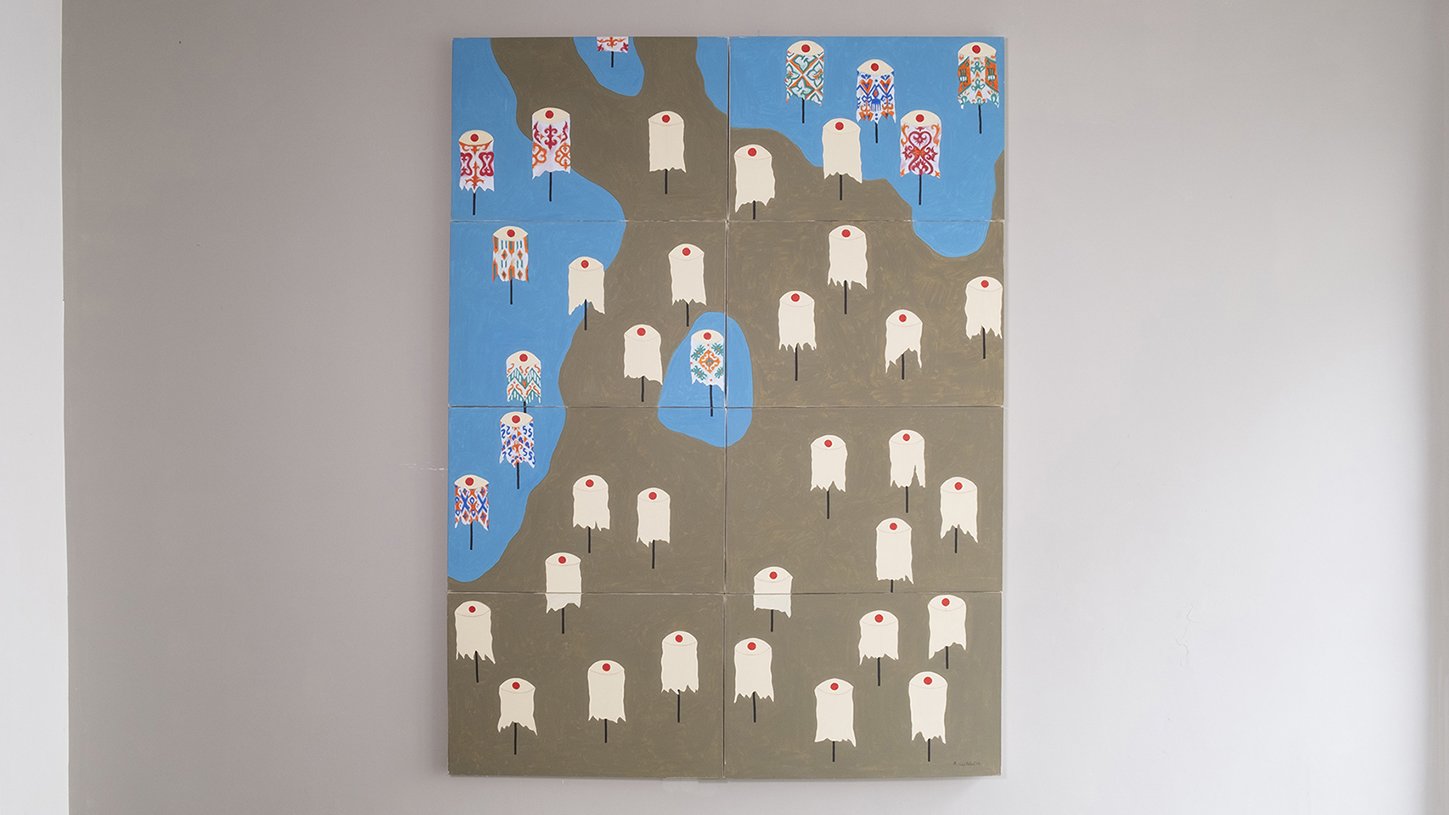 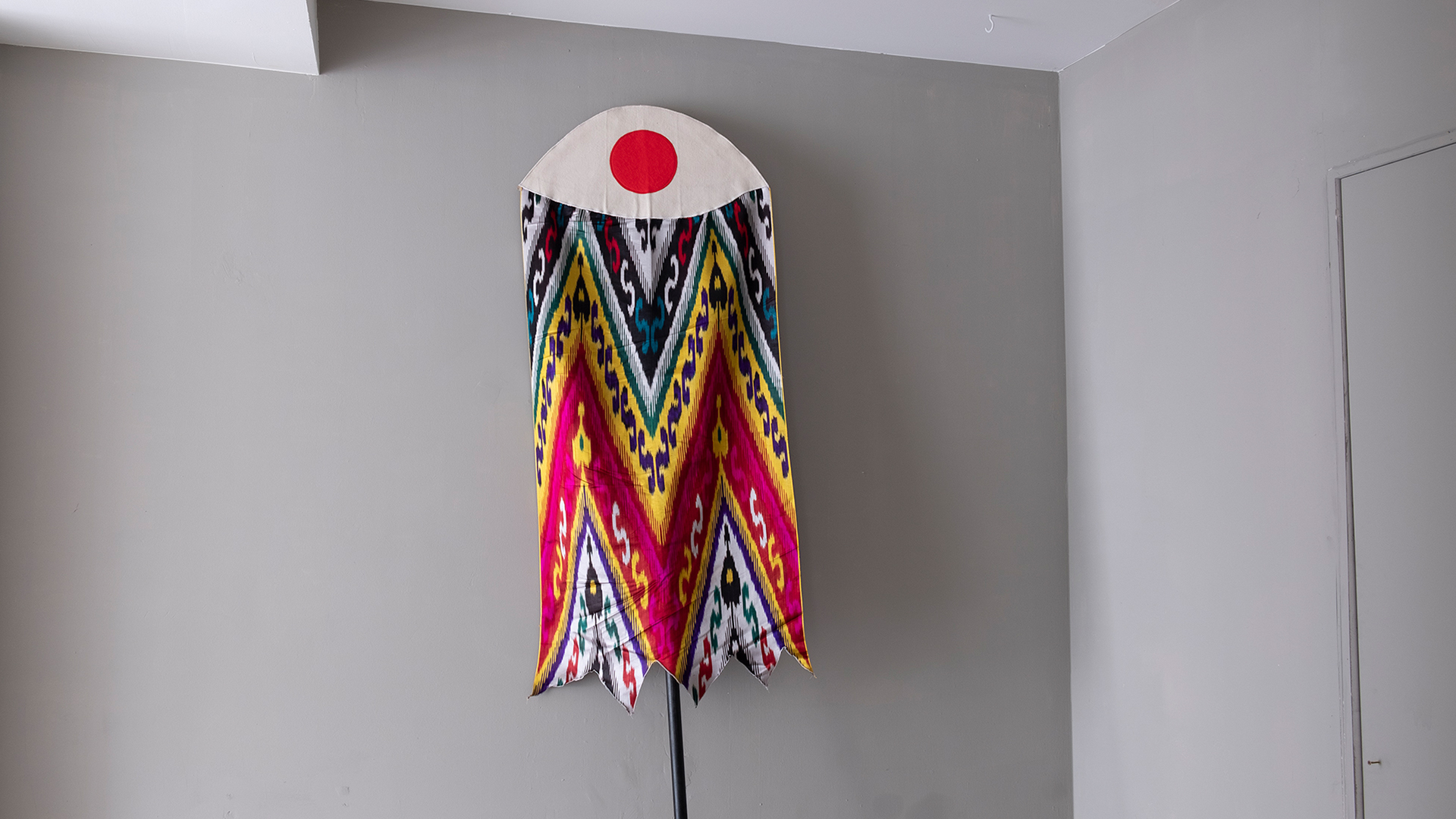 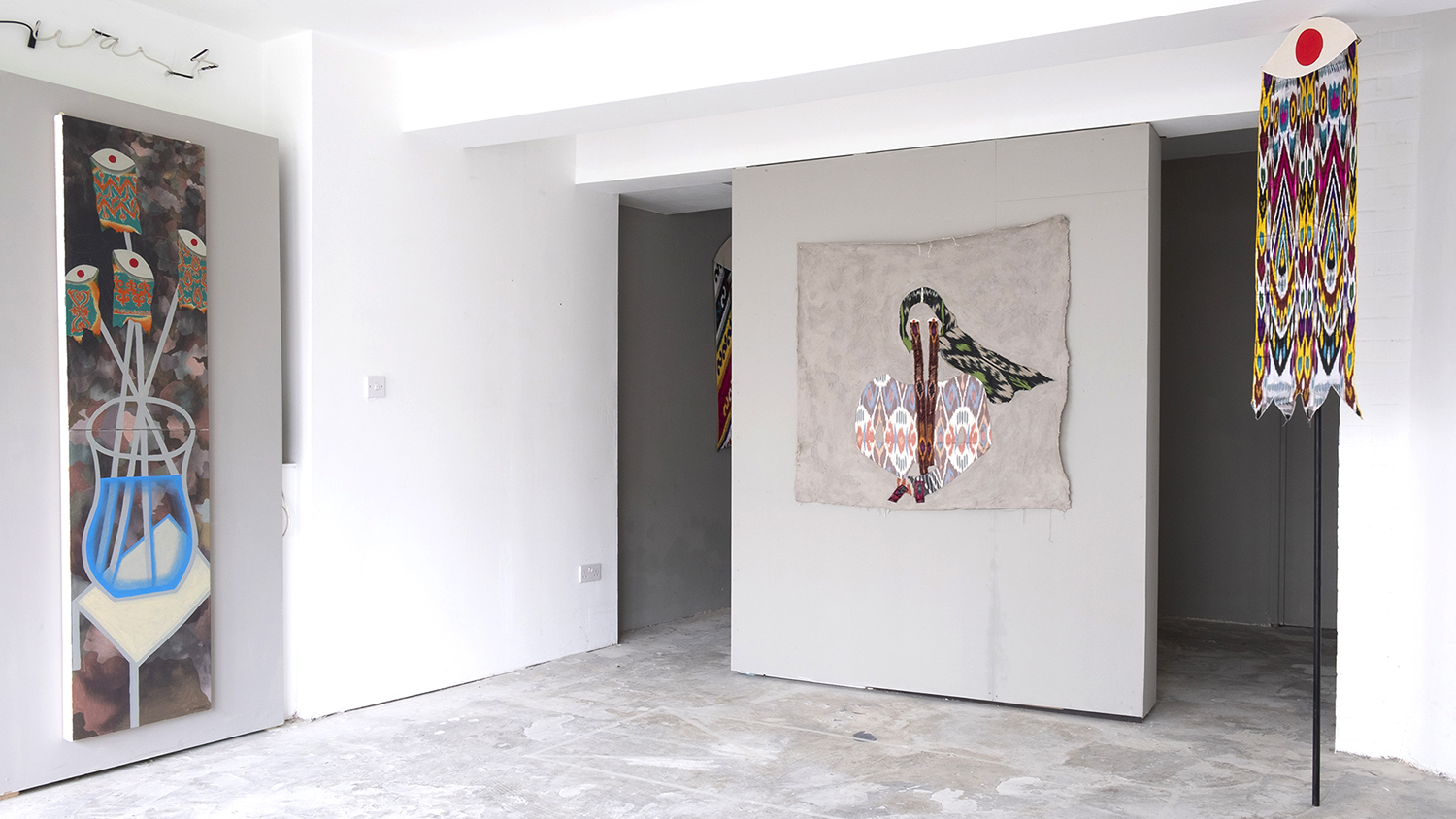 #prescientpool #PP18 #painting #installation
‘Textures of Grieving’ is a body of new works by Uzbekistan-born artist Aziza Shadenova. The exhibition explores the relationship between Central Asian national identity and the climate disaster of the Aral Sea, through which Shadenova visualises her interpretations of the slow erosion of her ethnicity in the modern world, mirrored in the shrinking of the Aral Sea.

During 1920-1930, the sovietisation of Central Asia had brought significant changes to societies which lead to the ‘unveiling’ of their physical and mental states: erasing traditions and removing religion from the cultural memory, triggering the emancipation and liberation of Central Asian women and as a result the loss of their identity. Shadenova questions in the absurdist manner whether the Soviet ideology was beneficial for Central Asia or is it responsible for the slow shrinking of the Central Asian ethnicity rooted by homogenising people into a single “national unit”.

This commission has enabled Shadenova to revisit her unrealised project which was intended to be 5 times the size of the gallery installation, to be staged and scattered on the grounds of the Aral Sea.

Aziza Shadenova (born in Uzbekistan) is a Kazakh artist raised in Kyrgyzstan. She now lives and works in Hastings, UK. Aza Shadenova was one of the few young artists featured in the Central Asian Pavilion at the 55th Venice Biennale (2013). She has participated in group shows at Sotheby’s, Kyrgyz National Museum of Fine Arts, Moscow Biennale 2014, EMMA Espoo Museum of Fine Arts (Finland, 2016), as well as exhibitions in France, Switzerland, Germany, Kazakhstan, Argentina and the UK.
Prescient Pool proposes a coastal tread that cuts into the void of non-fulfilment to discover alternative views on unrealized projects. Since a state of non-realization implies the potential for achievement, we would like to have a succession of works take shape as a series of joint actions performed out in the outlying areas (if necessary re-imagined…) from where they may have been originally planned so to project the grounds of a conditional future with no traditional views, making this works available to everyone much as that’ story we all know but do not know where it came from, and that still hold dear and use to communicate with.