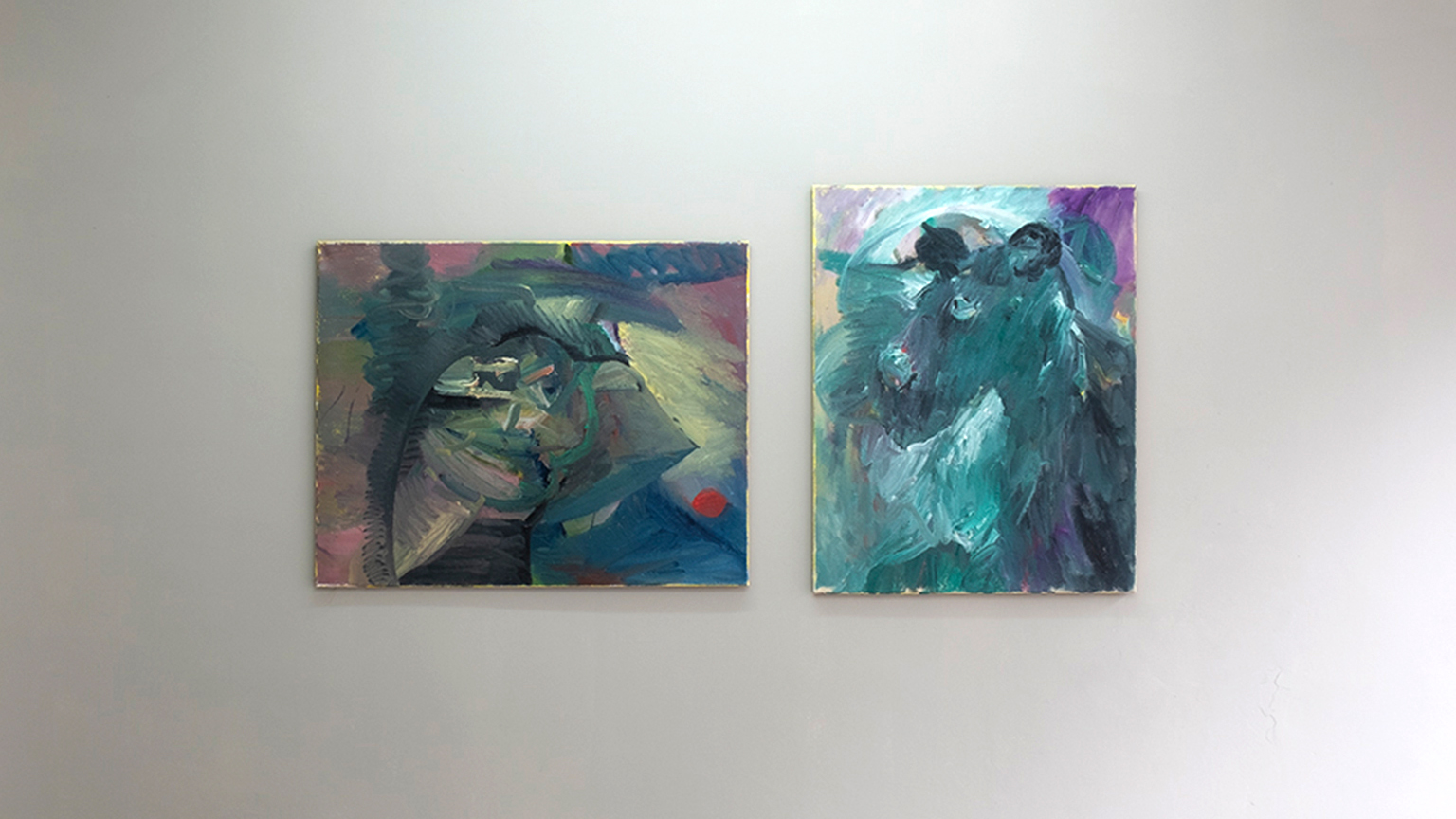 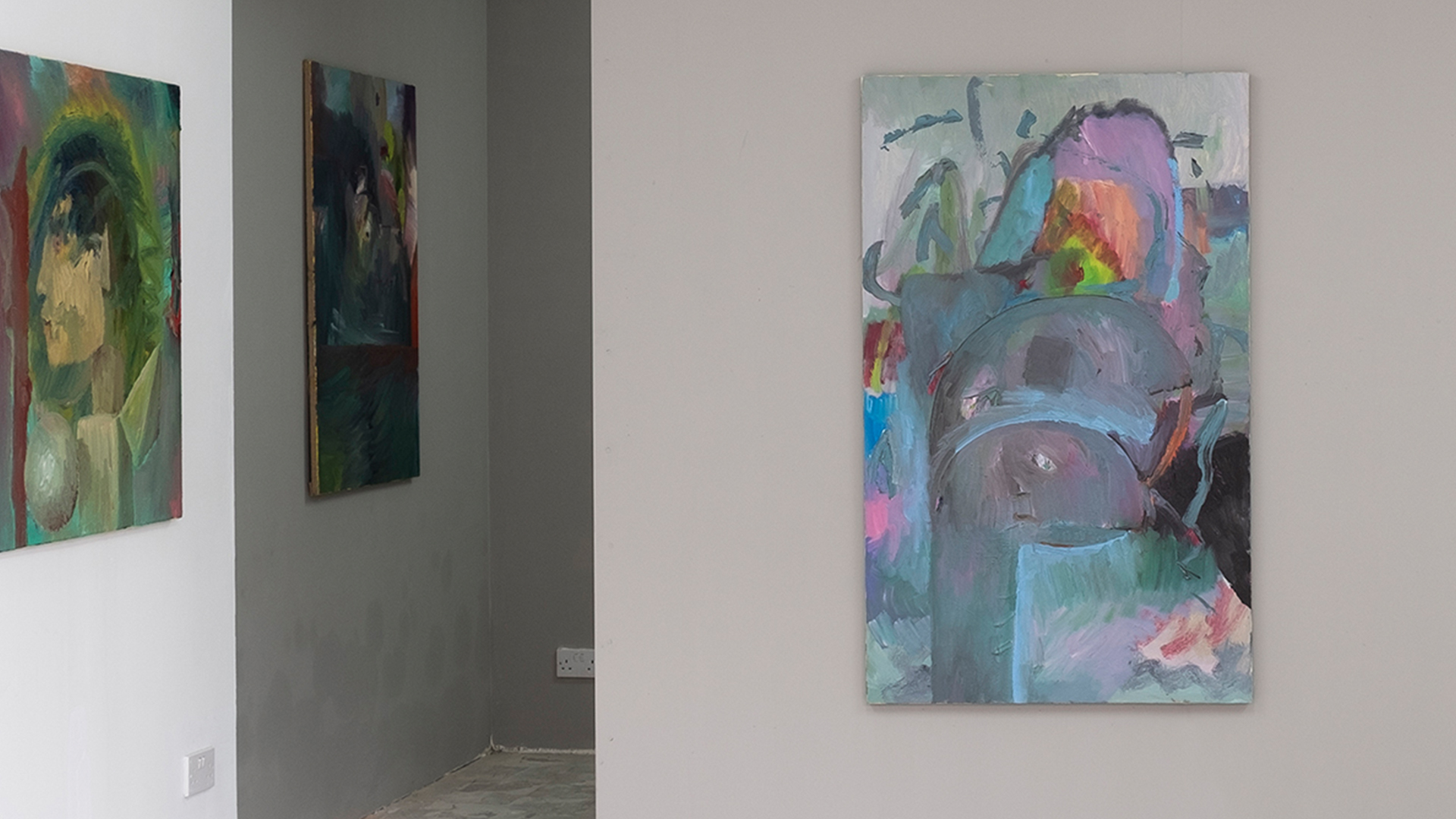 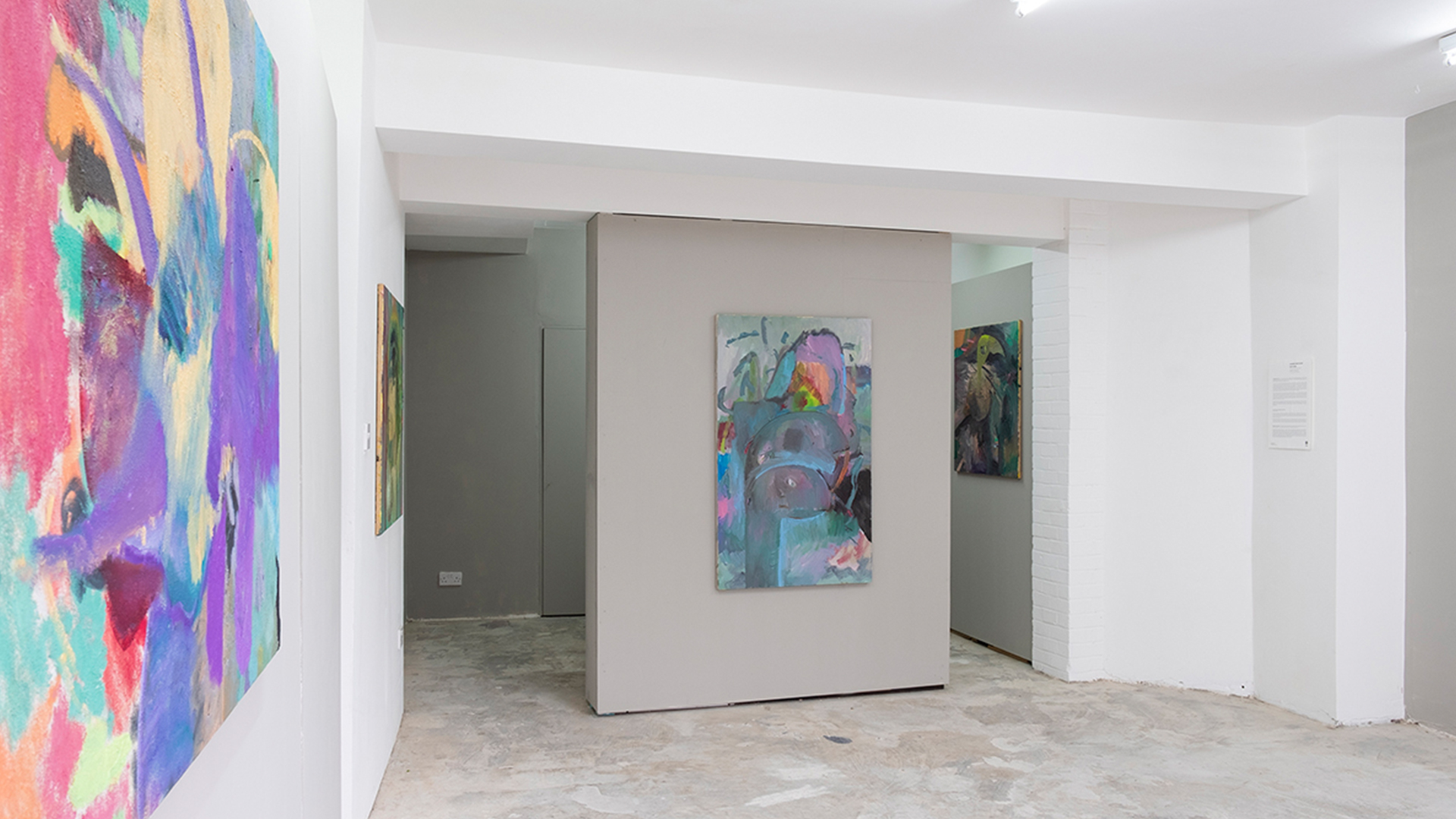 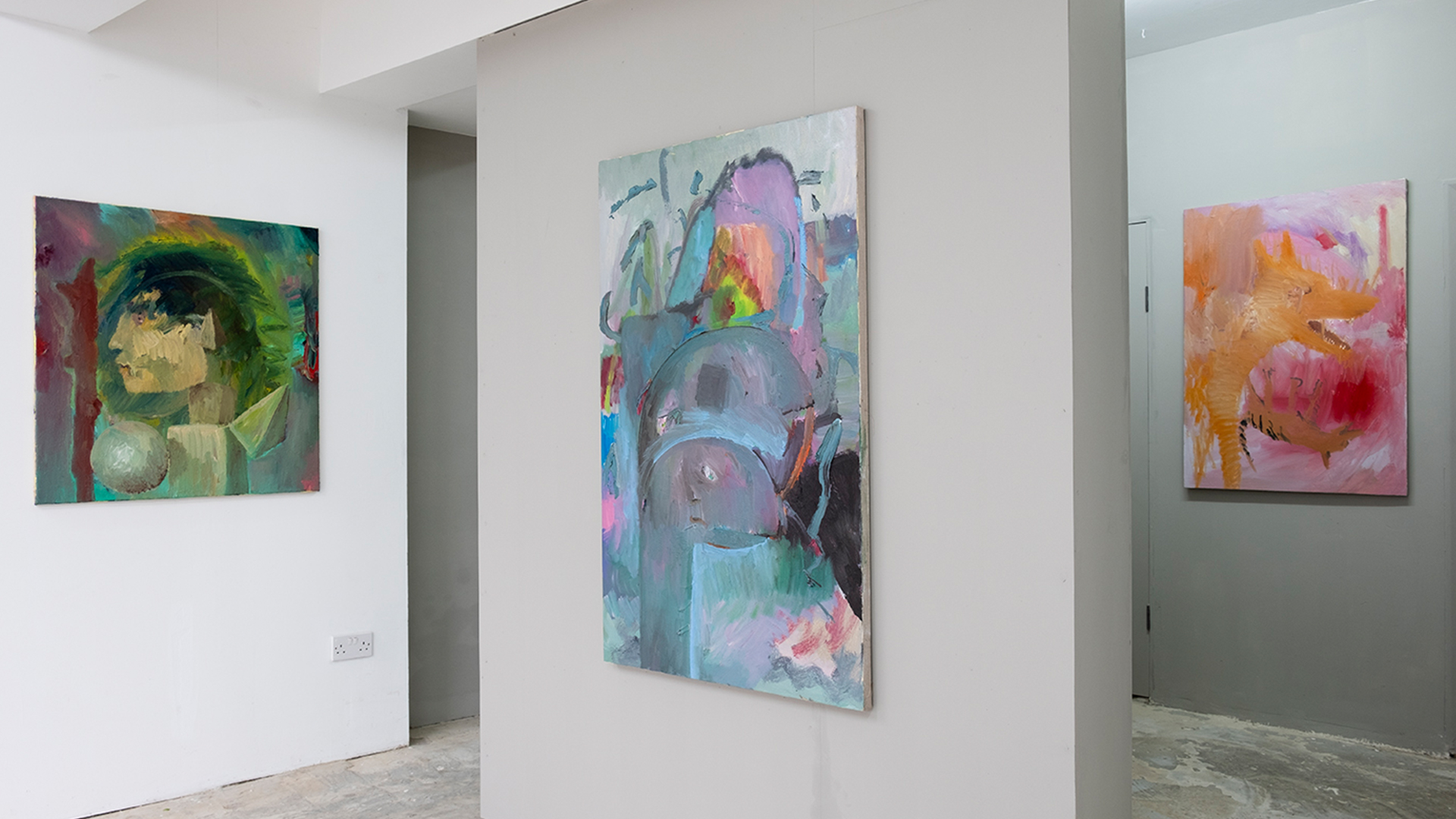 #surfacetensions2018 #paintingexhibition #artistworkshop
Paleo Fauvism is a collection of paintings by Alexander James Pollard, painted over a 12-month period in his east London studio. The title of the show points directly to the playful marriage of Fauvism and Paleo Art, rupturing established narratives associated with modern painting in a truly positive and imaginative manner.

The works reveal his desire to reconnect with a “clairvoyant” painting, first explored by the artist as a pupil at the Brighton Steiner School in the 1980’s. Rudolf Steiner believed that painting could provide a gateway to something more than just a simple message. The methods associated with clairvoyant painting can be loosely described as a form of wet on wet painting, allowing the artist to intuitively tease out an image without having a rigid plan or relying too heavily on outlines or linearity to define forms.

Pollard transfers this wet on wet or ‘alla prima’ technique from watercolour (used universally in Waldorf Steiner Schools) to oils, exploring mythic and archetypal imagery that echoes repetitive and ritualistic art from varying time periods and histories within world painting.

A face, a dinosaur, savannah animals, a fictional creature or hyperstitional objects such as the piltdown man skull emerge through an alchemical and experimental process, allowing the artist to draw new associations between seemingly disparate references and forms, moving elegantly between figuration and abstraction.

Pollard paints with elan, choosing to weave imagery relating to mythic subjects such as the Beast of Bevendean, the Australian thylacine (Tasmanian tiger) and the ever-present cultural symbol of the dinosaur together as magical archetypes that ultimately ask us to reconsider the role and potential of myth in contemporary society.

The exhibition was accompanied by a series of public workshops entitled, ‘The Clairvoyance of Painting’, as well as a publication that features a full-length interview with curator Linsey Young (Tate Gallery) and an essay exploring some of the themes and ideas within the exhibition by Dr. Craig Staff (Reader at University of Northampton).

Alexander James Pollard (b. 1977, Brighton, England) studied BA (Hons) Painting and Drawing at Glasgow School of Art from 1996-99, participating in an exchange program at the School of the Art Institute, Chicago in 1997.

Surface Tensions interweaves and bends traditional genres of representation, inviting visual arts, performance and site-specific interventions to explore the complexities of experiences as simultaneously physical, psychological, emotional and cultural. Surface Tensions 2017 (8 September – 2 December 2017) is a dynamic series of site-specific installations, discussions and performance that challenge our experience and understanding of the ‘sense of place’. More than ever, this is undergoing increasing instability and continual reconstructions under the rapidly changing social political currents, revealing underlying tensions beneath the veneer of civilisation. Curated by Tomas Poblete and Nina Shen-Poblete, the entire building of 73 Tontine Street in Folkestone became a testing ground and point of intersection between art, architecture and performance, inviting a high calibre of UK-based and international artists, architects and musicians.

You can purchase a copy of Alexander James Pollard’s publication here.