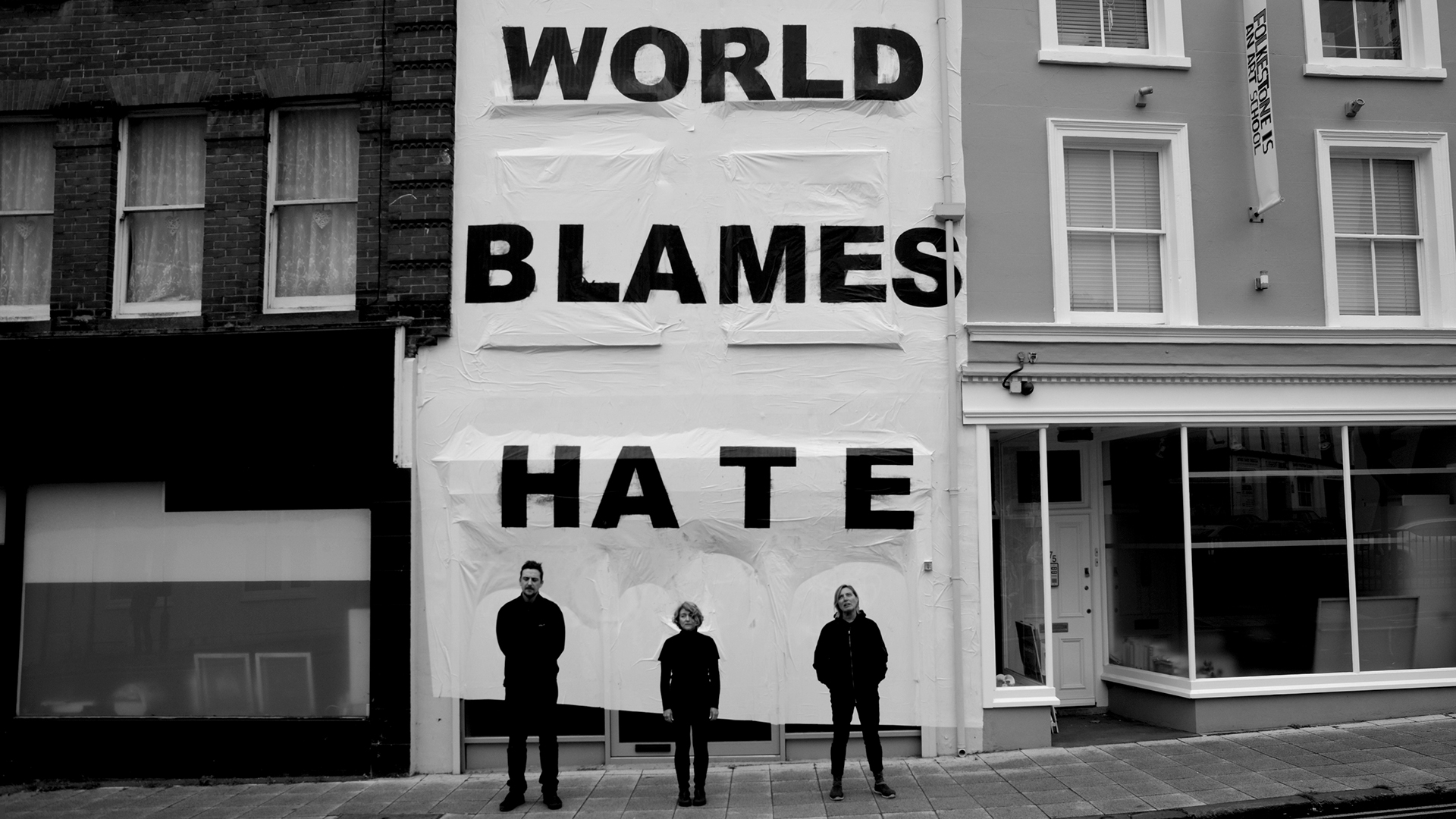 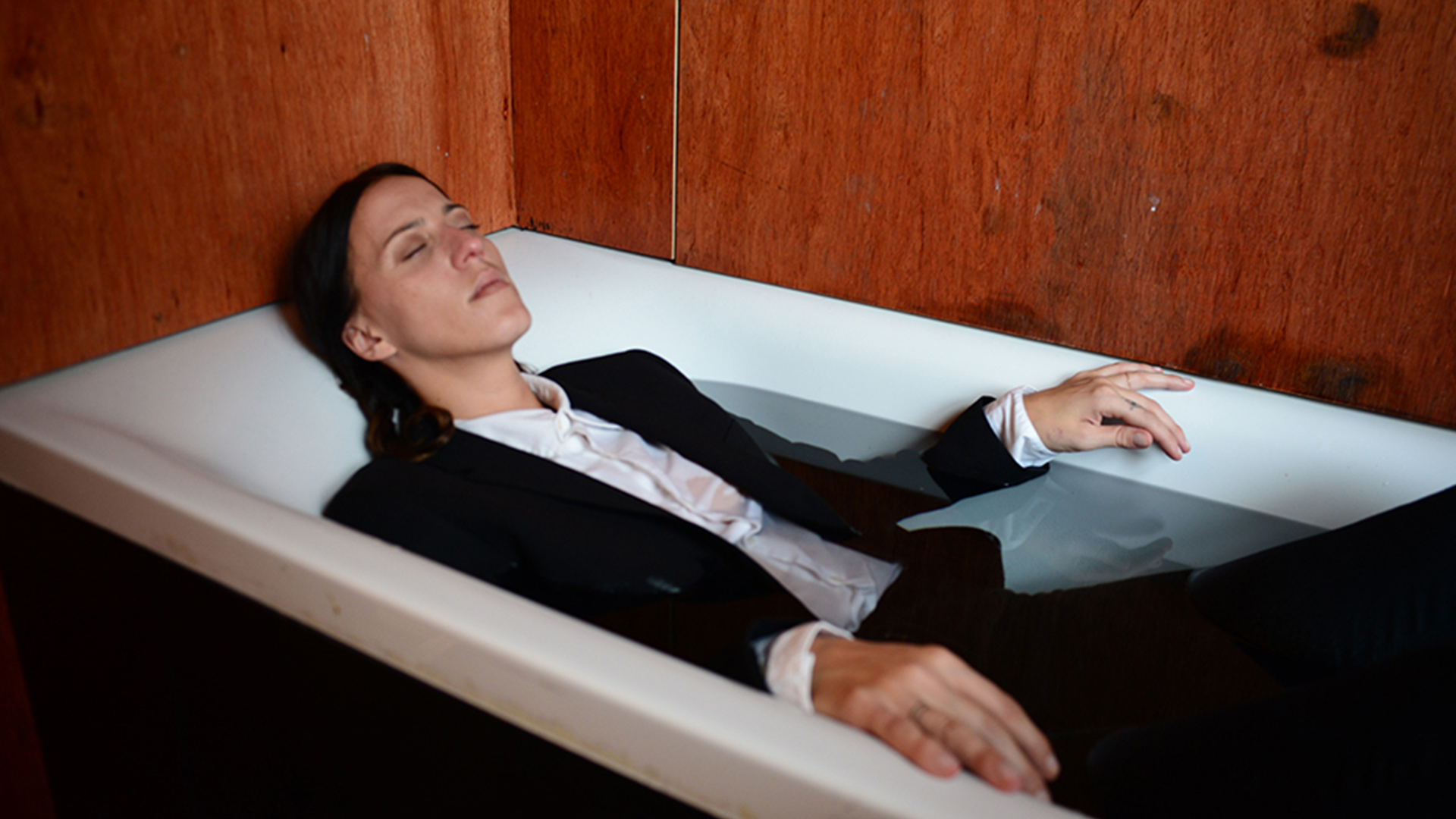 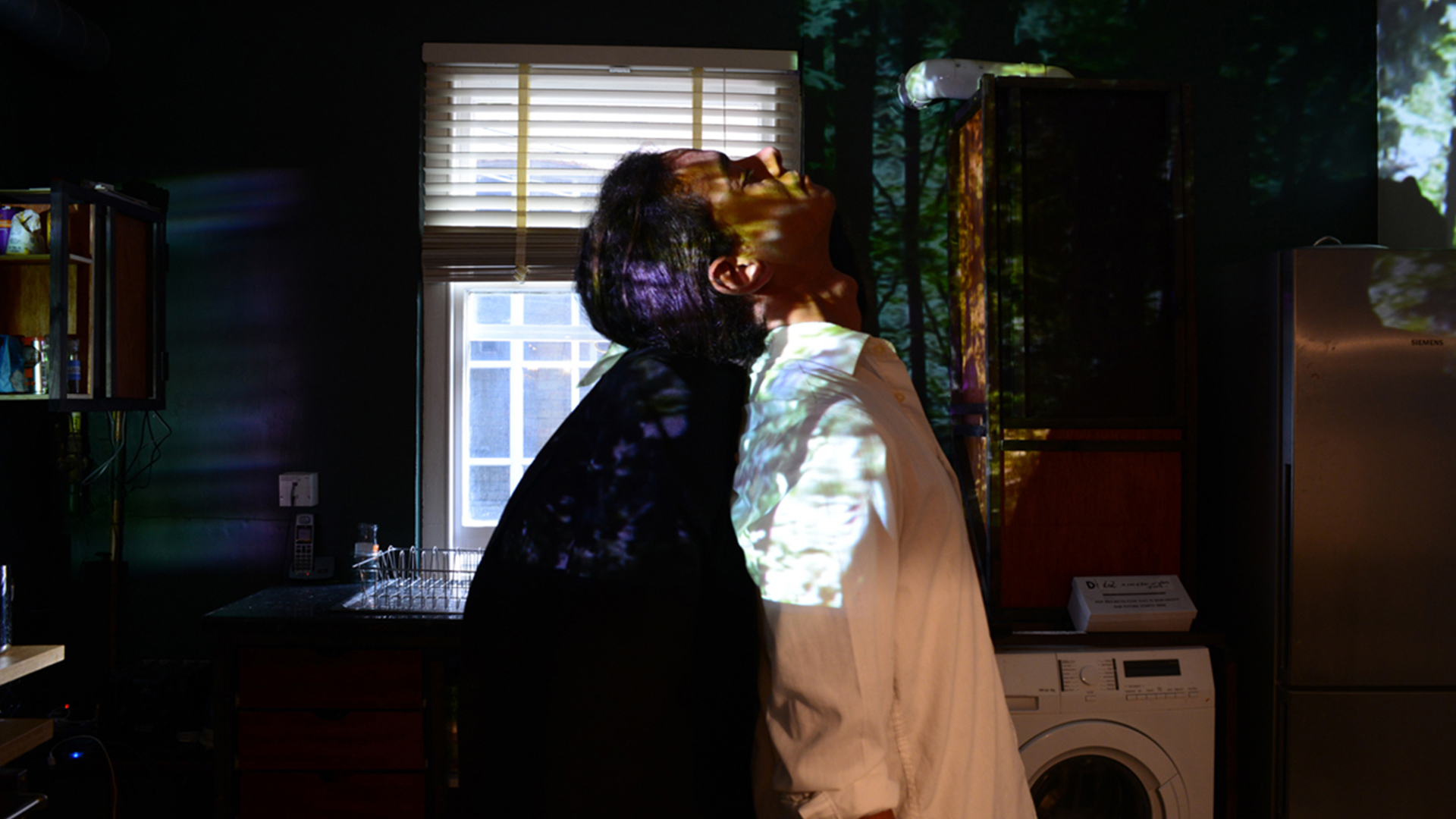 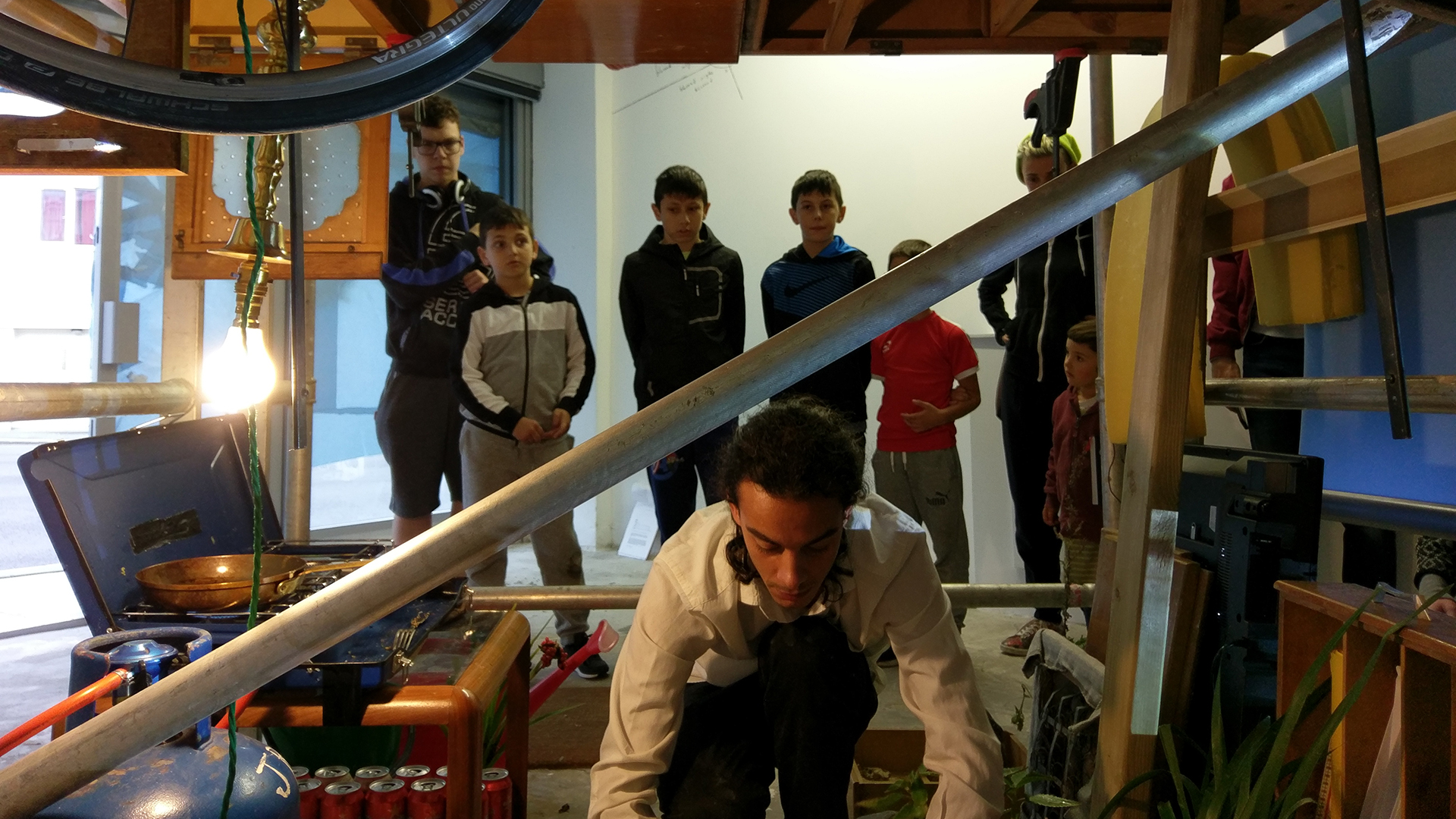 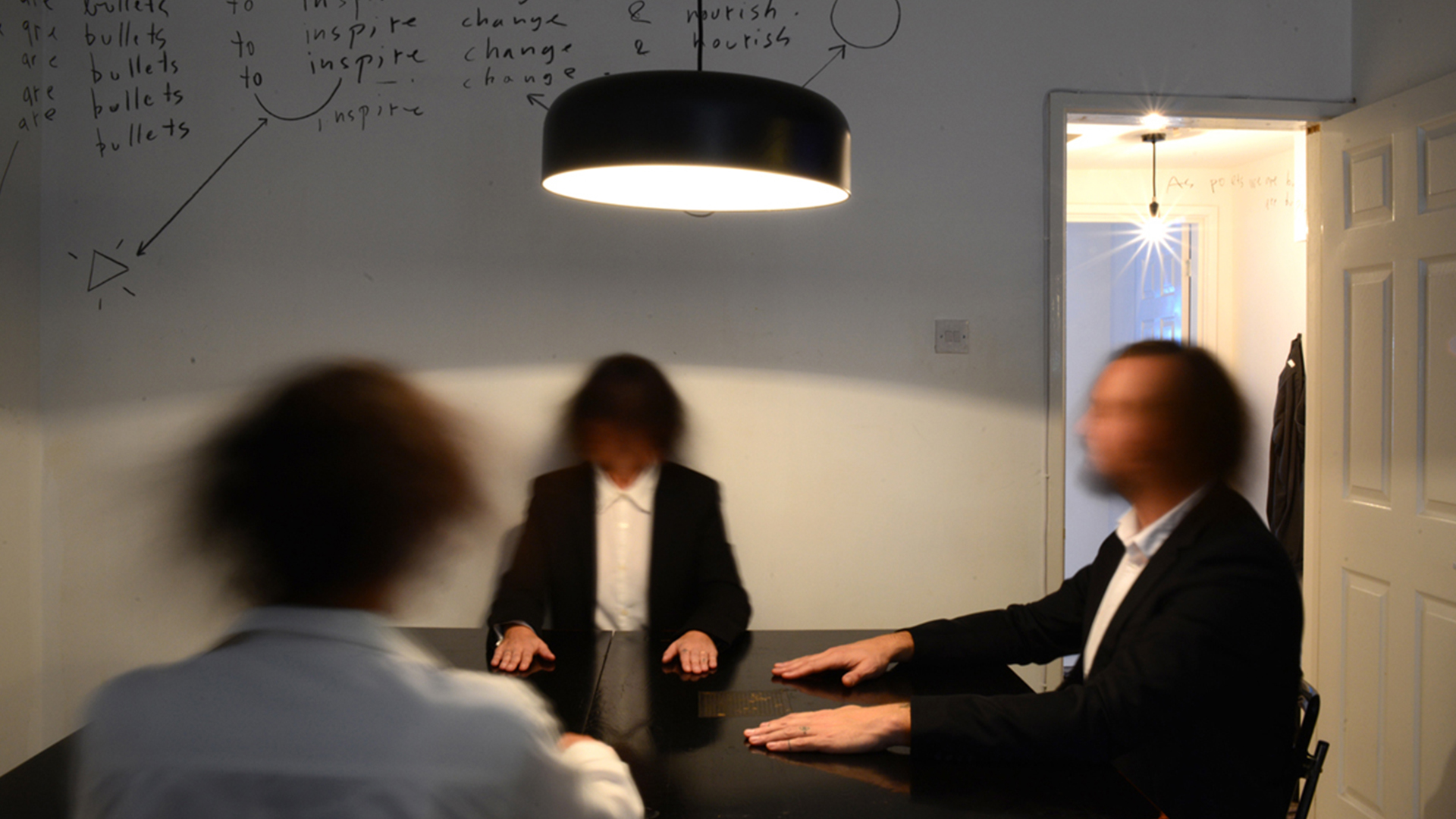 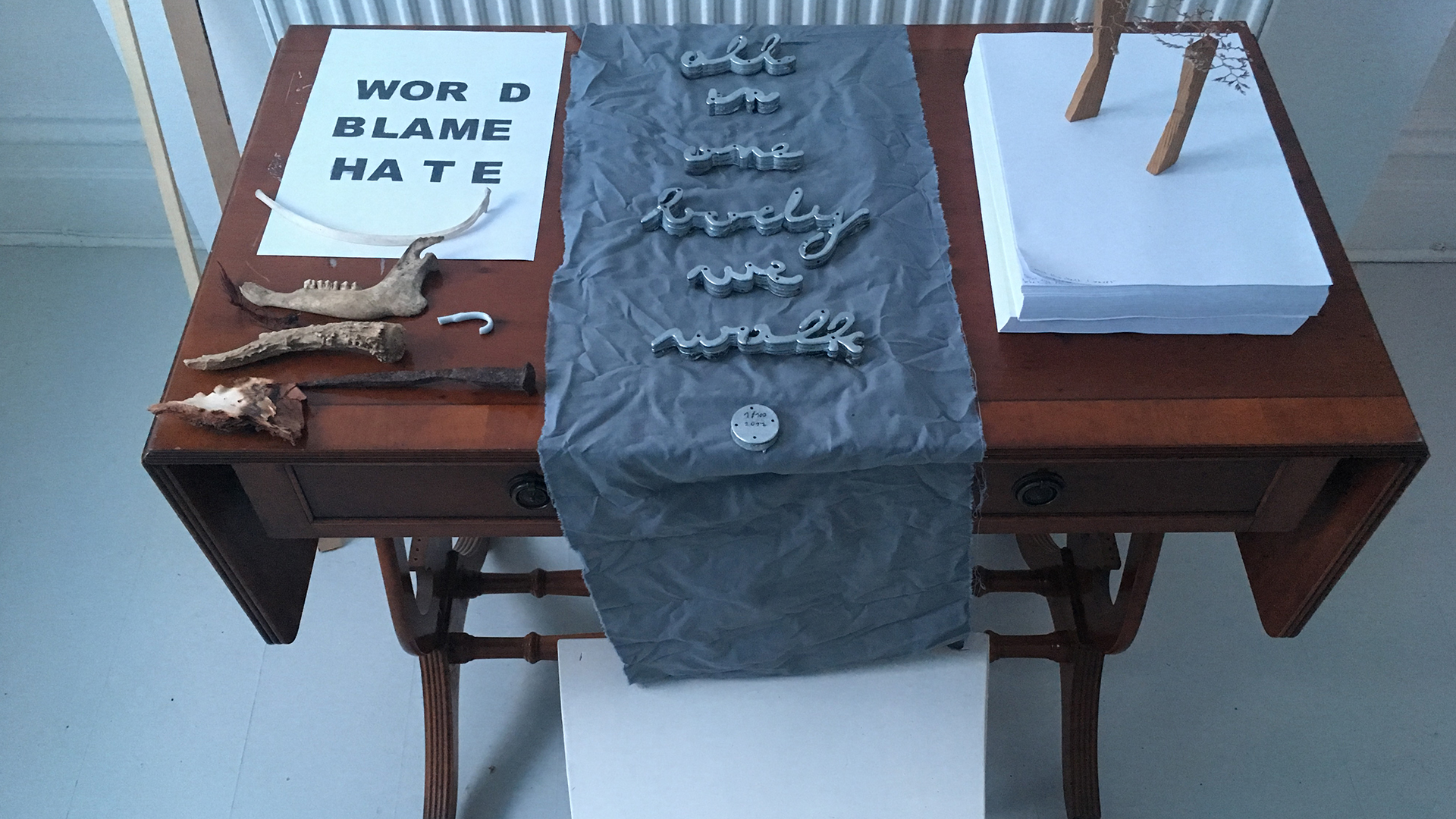 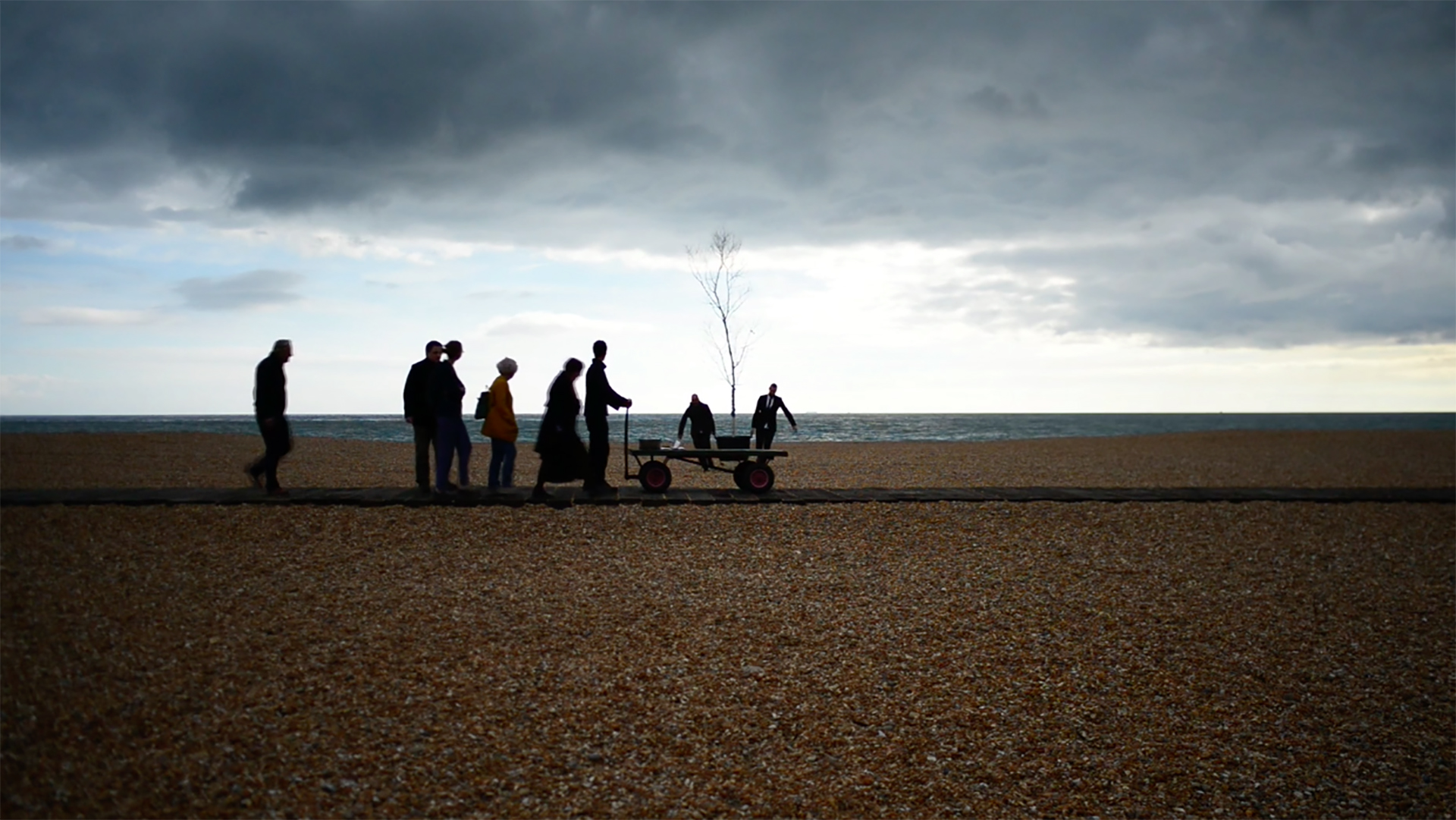 At The Dawn Of Yet Another Age Of Absurdity: Composition No.2

#surfacetensions #installation #performance
‘At the Dawn of Yet Another Age of Absurdity’ is a multi-layered body of work that transformed the entire architecture of 73 Tontine St with a spatial & performance intervention lasting over 7 days.
‘What is there to do but wonder’, a stranger’s face seems to propose. He was standing not far, but far enough for the other to stare back. As he, the other, stared at the stranger’s face, dark-skinned, he could not see the stranger’s lips move. ‘Why you do not want to accept my gift’? The stranger added. He, the other, continued to stare at the stranger’s face and moving hands, gesturing. Almost out of final frustration, the stranger added, ‘I am about to leave (there will soon be nothing left for me–to die or live for–here). Nothing in common. No ‘us.’ He, the other, melted into the usual crowd, and then they all stared, they stared back, The stranger opened his dark umbrella, right above the cliff. ‘And I only wanted to make you all some eggs’, he said right before disappearing. ‘And I only wanted to make you all some eggs’, echoed in everyone’s heads.’ [Jaša]

‘At the Dawn of Yet Another Age of Absurdity’ is a multi-layered body of work that transformed the entire architecture of 73 Tontine St with a spatial & performance intervention lasting over 7 days.

Curated by Mitra Khorasheh, ‘At The Dawn Of Yet Another Age Of Absurdity: Composition No.2’ was produced by CT20 in collaboration with The Performance Studio, in association with WE.ARE Institute. Addressing the same question but in a completely different place, and with a different group of people, this iteration follows a complex process that started in New York City – on April 22, 2017, where Jaša unravel a duration performance that lasted over 29 weeks.

‘In light of our deep ambivalence about our global socio-economic situation, the question of the political commitment – in art and elsewhere – seems to be calling out for alternatives that do not shy away into the usual ‘underground’. The poetical, the individual act of defiance, a voice, sound, a repeating gesture as a poetical stance and standing resistance.

In essence, the composition remains the same: Ephemeral, gestural, a form of resistance, only now reacting to a different context, as it molds in response to a delicate and menacing political climate. The core is an architecture of resistance, which manifests actions through presence and language. Actions and interventions are spread throughout the eight-day performance, reacting to the local, the temporal, a simplicity is fueled by the urgency of the now, a repercussion in time and space, we must recoil quickly, react to what’s happening around us, in order to be immediate and relevant.’ [Jaša]

Jaša (Mrevlje-Pollak) was born in Ljubljana in 1978. He studied at the Accademia di Belle Arti in Venice and has since been a unique presence in Europe’s artistic landscape. One of Slovenia’s most prolific and critically recognized contemporary artists, Jaša is driven by his rhapsodic interpretations of situation, narrative, sculpture and performance. Through his alchemistic connection with material and content, Jaša transforms spaces into experiences, driving them toward their poetic and aesthetic potentials. Pushing artistic boundaries through uncompromising vision for almost two decades, Jaša has created a rich and remarkable body of work that includes multiple critically acclaimed solo shows and projects in Europe and the US. In his two active studios in New York and Ljubljana, Slovenia, Jaša has created a unique environment, which allows him to cultivate contextual and visual eventuality integral to his work.
Walking between architecture, art, music and performance, CT20 presents a cross-generational and multidisciplinary group of artists in a dynamic series of site-specific installations to mark the launch of an ambitious new platform in Folkestone.

In this review, Howell reflects on Ljubljana-born artist Jaša’s performance piece as part of his latest body of work, ‘Lingering Cut’, and it’s power to communicate feelings of frustration and confusion in a fractured time.

In conversation: Jaša and Tomas Poblete

Artist Jaša, and CT20 Projects’ co-director Tomas Poblete talk to Academy FM’s Dave Sharp about ‘At The Dawn Of Yet Another Age Of Absurdity: Composition No. 2’

‘What on Earth Are They Thinking? Inside the Mind of a Performance Artist’

By Noah Charney for Medium